As the Lassa fever outbreak continues in Epi-week 4, more states were affected with more confirmed cases reported in these states. A total of 297 suspected cases were reported from 13 states. 77 of these cases were laboratory confirmed. 21 deaths were recorded in confirmed and suspected giving a case fatality rate (CFR) of 27.6%.

A critical aspect of Lassa fever outbreak management is identification of the index case, transmission mode and instituting measures to break the transmission cycle particularly during management of confirmed cases. During case management of cases, strict infection and prevention control (IPC) measures should be carried out at all times, most especially when final diagnosis of cases is being awaited.

Part of efforts towards curbing transmission of the disease includes instituting infection prevention and control measures in treatment facilities. This can be achieved through:

1. Constitution of a Facility IPC Committee: Primary role of the IPC team is to drive the application of IPC measures amongst health care workers in the facility.

2. Training and re-training of facility staff on observing universal precautions and IPC measures.

3. Implementation of IPC measures using the National Guidelines on IPC.

5. Inclusion of budget line items for procurement of IPC consumables.

6. Stocking up on necessary materials for IPC

7. Setting up of wash-points across facilities where hand hygiene can be carried out at all times.

Treatment centres across Nigeria are encouraged to constitute an infection and prevention committee to provide guidance on IPC measures, setting up of a holding and isolation unit. Healthcare workers are enjoined to always ensure they are protected at all times in the course of carrying out their clinical duties.

The Nigeria Centre for Disease Control through its National Lassa Fever Emergency Operations Centre (LF-EOC) has continued to coordinate and provide support to States in the ongoing outbreak. States are encouraged to provide updates and notifications to the EOC for better coordination of the outbreak. More information on the outbreak and the guidelines for Lassa fever can be accessed on the NCDC website: www.ncdc.gov.ng.

o There were 202 new cases of Acute Flaccid Paralysis (AFP) reported. None was confirmed as Polio. The last reported case of Polio in Nigeria was in August 2016. Active case search for AFP is being intensified as Nigeria has reinvigorated its efforts at eradicating Polio.

o 25 suspected cases of Cholera were reported from ten LGAs in Kano State. Of these, none was laboratory confirmed and two deaths were recorded.

o There were 331- suspected cases of Measles reported from 34 States. None was laboratory confirmed and no death was recorded.

In the reporting week, all States sent in their report. This is a remarkable improvement! Timeliness of reporting increases from 86% in previous week (week 1, 2018) to 91% in the current week (Week 2, 2018) while completeness increased from 89% to 100% at same period. It is very important for all States to ensure timely and complete reporting at all times, especially during an outbreak. 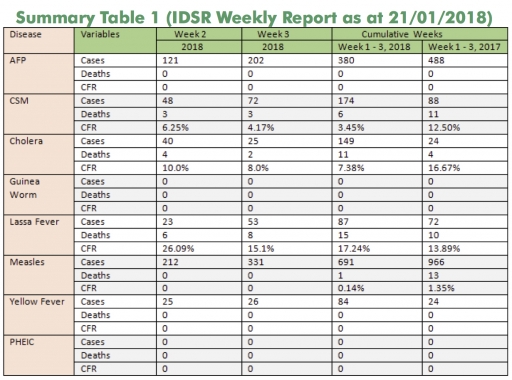 1.2.1. AFP Surveillance has been enhanced and outbreak response is on-going in Borno and other high risk States

1.4. The SIAs were strengthened with the following events:

1.4.1. Immunisation for all vaccine-preventable diseases in some selected wards/LGAs. 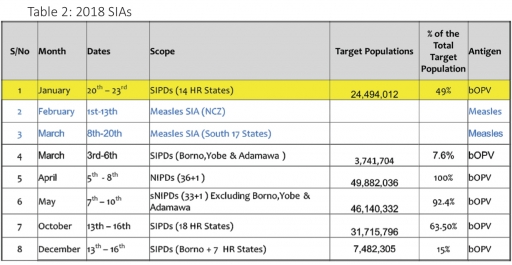 2.4 The National CSM Emergency Operations Centre has been activated and is currently on response mode

2.7 The National CSM Guidelines have been finalised and available via http://ncdc.gov.ng/themes/common/docs/protocols/51_1510449270.pdf. 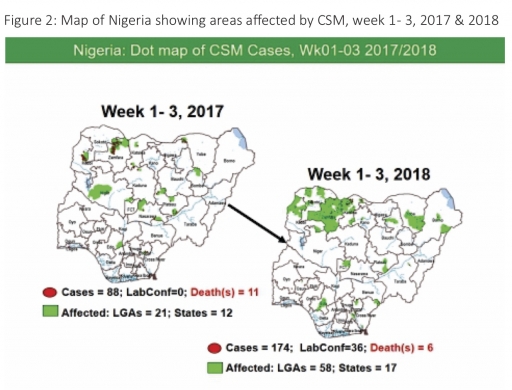 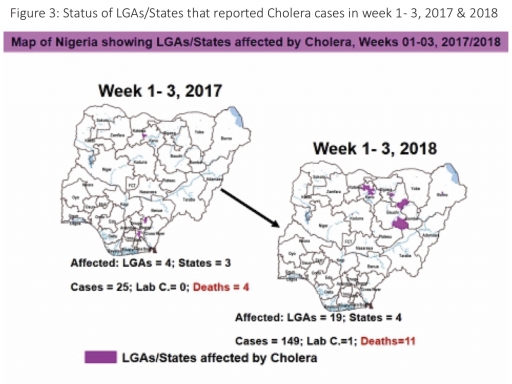 4.4 Investigation and active case search ongoing in affected States with coordination of response activities by the NCDC with support from partners

4.8 Onsite support ongoing in Ebonyi, Edo and Ondo States by the NCDC and partners

4.9 Offsite support provided by NCDC/partners in all affected States

5.3 Response measures include immunisation for all vaccine-preventable diseases in some selected/affected wards/LGAs during SIAs, as well as case management 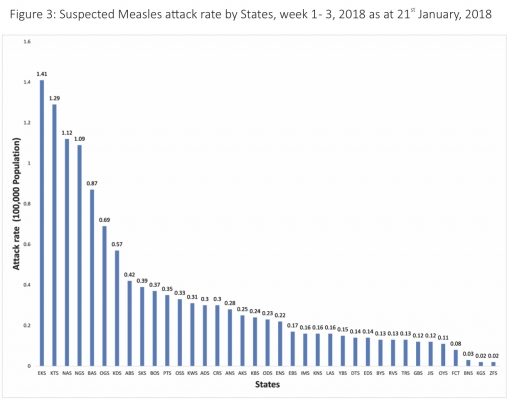 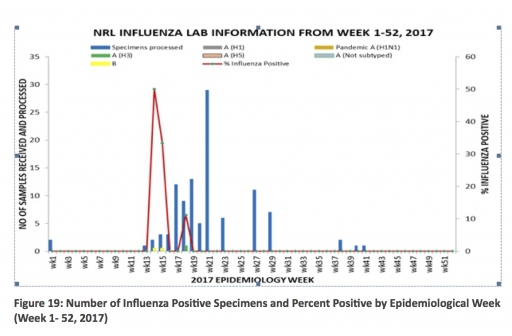 7.5. Of the eight processed SARI samples, none was positive for Influenza A and Influenza B. 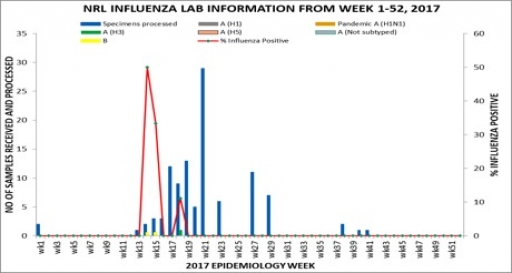