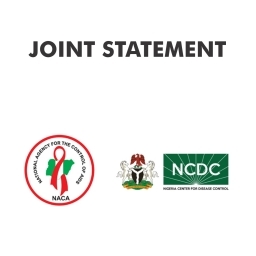 Our attention has been drawn to a recent media statement by Maduike Ezeibe, a Professor of Veterinary Medicine and Clinical Virology at the Michael Okpara University of Agriculture, claiming to have discovered a new drug for the cure of HIV/AIDS. An editorial in the newspaper “Leadership” (http://leadership.ng/opinions/569782/nigerian-scientist-conquers-hivaids), quoted the professor as saying that the drug, produced with “Aluminium Magnesium Silicate” was tested on ten persons living with HIV. The newspaper reported a clinical outcome of an ability to “reach all cells” and making HIV “a conquered organism”.

The claim for an HIV/AIDS cure is not new. It is also not new to find a scientist using ambiguous scientific methods and practices to buttress this claim, and to find obscure journals increasingly prepared to publish these claims.

To examine the facts, this study was published in two little known journals and involved less than ten patients. In the “clinical trial” as reported, there was no evidence of the use of controls, which is the basis of all efficacy trials. Without controls, you can neither have randomisation nor blinding, two other critical factors in studying the effects of new medicines. Critically the primary outcome measured in this study was based on plasma viral load levels that are known to fluctuate in patients, even in the absence of any intervention. It is also worth noting that virological suppression (viral load of less than 50 copies/ml) was not achieved in 6 of the patients. There appeared to be no medical doctor involved in the execution of this study and there was no evidence on where or how the patients were treated or monitored during this study, or their clinical and treatment status at the beginning, or at the end of it.

It is important to note that the testing of new chemical compounds starts with drug design and then proceeds on to animal testing. If successful, clinical trials are conducted in a series of phases - each phase is designed to answer a separate research question. These include; Phase I: Researchers test a new drug to evaluate its safety. Phase II: The drug is given to a larger group of people to study its efficacy against an agreed outcome. Phase III: The drug or treatment is given to large groups of people to confirm its effectiveness, comparing it to commonly used treatments, and Phase IV: Studies are done to gather information on the drug's effect in various populations and any side effects associated with long-term use. The authors of this study did not state what phase their study was in and the results of previous phases, if these were done.

One critical issue is that there was no evidence from the publication that the authors obtained ethical clearance from an appropriate body in Nigeria to conduct this study, and only ambiguous evidence that informed consent was sought from the evidently vulnerable patients.

As a result of the above issues with this process, there is really no basis for a claim to cure of AIDS in this study.

We are concerned that the publicity given to these claims will stop patients with HIV from taking life-saving antiretrovirals and give them false hope of a cure. It will be a great disservice to this vulnerable group of patients for the media to disseminate these claims in the absence of sound scientific evidence. There are long established, tried and tested routes for the discovery, development and validation of modern medicines before they can be registered and used for treatment in humans. We call on all academics to follow legal and scientifically acceptable methods in conducting their research and to avoid making premature claims that are capable of derailing the huge progress made in the last two decades on the war against HIV/AIDS. Millions of lives have been saved as a result of modern antiretroviral treatment and people living with HIV can now look forward to a normal healthy future. We continue to support the hard and diligent work being done by scientists in our Universities and research institutions around the country. We are always ready to partner with our scientists on all aspects of HIV research provided this is in line with international best practice.

We call on editors of media houses in Nigeria to seek comments from the leadership of the relevant government parastatals and professional bodies when it receives new research findings related to our areas of responsibility. Following the discrediting of the claims of Dr. Abalaka in the late nineties, we had hoped that the Nigerian press would thoroughly investigate these “AIDS cure” claims before going to press, given the huge impact that these claims could have on patients' lives. We assure you that we will respond rapidly and constructively to any queries. We also urge the editors of media houses in Nigeria to support their reporters to gain a deeper understanding of the complexities involved in the clinical trial process. In the run up to deadlines, it is easy to fall into the trap of doing more harm than good, and the consequences of this can be deadly in the health sector. We will support the evolution of robust science journalism in Nigeria.

We call on all patients living with HIV that are currently taking their medications to continue to do so and to see their doctors if they have any concern. The NACA helpline (6222) is available on working days from 8am-8pm for members of the public seeking more information on HIV disease.