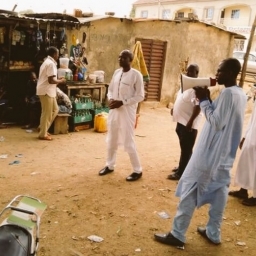 Nigeria continues to respond to the recent outbreak of Cerebrospinal Meningitis (CSM) serotype C in some states in the country. The outbreak currently affects five states— Zamfara, Sokoto, Katsina, Kebbi and Niger. The National Primary Health Care Development Agency (NPHCDA) and the Nigeria Centre for Disease Control (NCDC) continue to lead the Federal Government response to the outbreak, with activities focused on four key outbreak response and control areas. These include raising awareness of the outbreak in communities, implementing enhanced surveillance to quickly detect and report new cases, vaccinating populations at the highest risk and treating persons diagnosed with the disease, as well as outbreak preparation in LGAs and states at risk for the outbreak.

To increase awareness of the outbreak and coordinate response across states, the Northern Traditional Leaders Committee on Primary Health Care convened a meeting of governors and traditional leaders from all Northern Nigerian states. The meeting, held in collaboration with the Federal Ministry of Health and its agencies, and international partners focused on strategies to end the outbreak. State governors reaffirmed their commitment to immediate and concrete actions towards halting the outbreak. The traditional leaders also committed to continued awareness-raising in their communities and jurisdictions. At national level and in affected states, activities aimed at driving information into grassroots —including advocacy meetings with religious leaders, civil society organizations, health professionals, entertainers and media organizations – continue.

The NPHCDA successfully led vaccination in Zamfara and in Katsina targeting persons between ages 2 – 29 years in the priority LGAs in both states. Preparations are at advanced stages for the next round of vaccination in priority wards and local government areas in Sokoto State. Distribution of medicines and other essential commodities to treat persons with meningitis in key affected states is also ongoing.

The CSM National Emergency Operations Center at the NCDC is leading the national coordination and support for the outbreak response in affected states. According to the Incident Manager of the response, Dr. John Oladejo, “We are grateful to all Rapid Response Team members, including government agency and partner staff who have remained at their different field posts, through the Easter period working on this outbreak response and control.”

On the need to ensure citizens are continuously engaged on the response, the CEO of NCDC, Dr. Chikwe Ihekweazu added that; “The NCDC will continue to engage proactively through all our channels of communication online and offline. We will also continue to work with our health reporters and journalists across the country to ensure easy reporting of facts. – we need all hands on deck”